"One, two, pwee, pour, pive, gicks, gegen,"  I often hear in a run-on fashion from our older son.

He has a whole script.

He usually says it when he becomes agitated.  He paces with his fingers in his ears, chanting this over and over and over until finally, unable to contain his emotion, he will burst out counting.

He does this routine a lot.

I used to try to join him, to break into his world. I would walk with him. I would count with him. I would draw numbers for him on pieces of bright white paper with colored markers.  As he walked by me, I would try to show him, but he never looked.

Why were numbers comforting to him? And, why did he only count to the number seven?

Was that as high as he could count?

I once colored words and pictures of numbers up to the number ten on pieces of poster board. Then, I cut them out and taped them to the ceiling of his bedroom, directly above his bed.

"One, two, three, four, five, six..." I counted to him as I lay next to him, careful not to snuggle too closely.

"Look! Look at the numbers!" I said to him with excitement.

"I see a blue number one, and a red number two," I mixed up my language one day.

I decided that additional vocabulary words couldn't hurt him. I counted the colored numbers, one through ten and then ten back through to one. There we sat in his warm bed, side-by-side. He kept his eyes on his security blankets as he rubbed their soft material between his fingers.

Nothing. He gave me no response. Yet in his moments of pain and agitation, he would pace and count. Pace and count.

He'd only just started counting out loud to seven in the past year. Really, he had barely any spoken language at all.

Let's face it, I knew very little. He said very little. We exchanged very little. At that time, every attempt I made to pierce his world so that I could understand him was nothing more that a shot in the dark.

"One! Just look at that blue number one!" I continued to say to him, day after day with no response.

A couple months into the new school year and our son's new placement, I was called to his classroom to discuss his progress with his teacher. She was a talented educator, a mother to autism, herself.

"Did you know that your son can count to 100?" she asked me as she showed me some of the work she was able to do with him in math.

No. Obviously, I did not know that.

I stared at his school work and found it hard to breathe.  My mind flashed to the numbers I had taped on the ceiling above his bed and his lack of interest as I pointed them out time and time again.

What else did he know? Geography? Quantum physics?

Slowly, I made my way to my car, trying to process the mixture of emotions that swirled within me.

I was excited that he wasn't the picture of the mentally retarded child that was painted for us when he was diagnosed.

I was angry that he was forced to live a life of silence.

I was sad that I had yet to find a way to connect with my growing son.

I was overwhelmed by guiding his future.

"We are all done with these numbers for now," I told our son when he came home from school later that same day.

He looked over my shoulder with interest as I drew bright letters of the alphabet on single sheets of white paper. Then, I took those sheets of paper  and taped them to his ceiling where the numbers once stood.

"Today, we are going to start to spell." 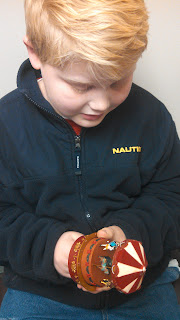 This entry was written in response to a word prompt issued by the Group Blogging Experience 2 (GBE2).

Look for Me in "Chicken Soup for the Soul"! 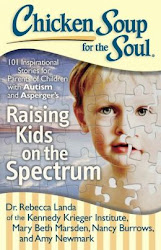 This book has a story about Will!

We've started a page with videos of the kids and our crazy world! Please join us! 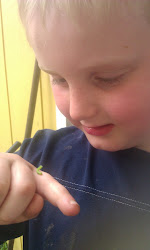 Older Son in his Favorite Spot. 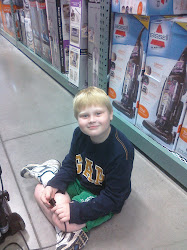 What's in Your Vacuum Room? 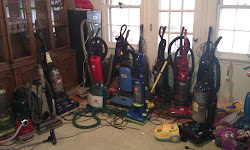 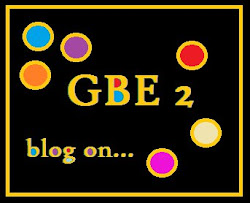 A great source of information for special needs families!

You can find me on The Mom Blogs

Amy McMunn
I am a typical mom thrown into an atypical life of parenting two children with special needs. Life runs full speed ahead in our house, so if you dare to visit, be sure to bring solid running shoes, a flexible attitude and, above all else, a sense of humor. You never know what the day will bring.